During normal times, it’s the time of year when royal families escape to the Alps for a few weeks of skiing. If your ideal resort is one with a royal edge to it, here’s a run-down of where to search for your perfect chalet! 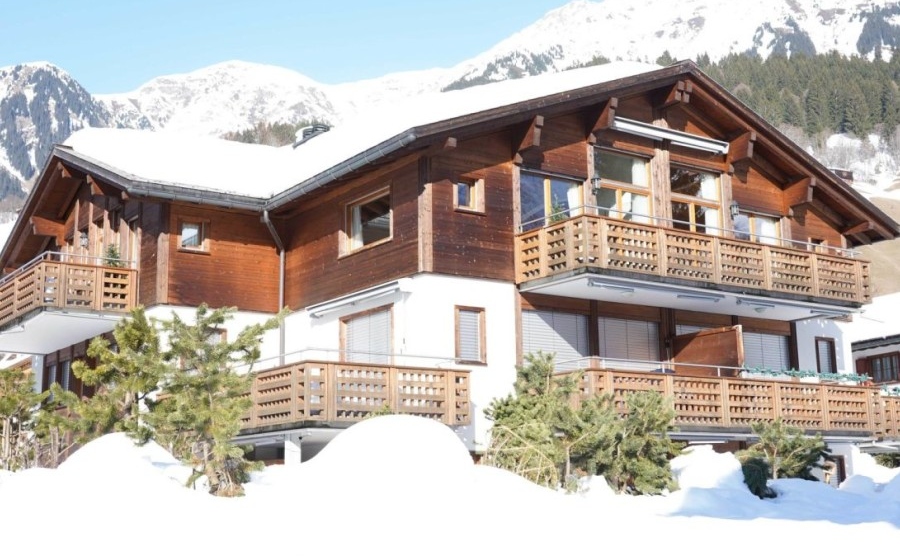 Arguably the world’s most royal-friendly resort, Klosters has been the preferred ski destination of the British Royal family for decades, with Prince Charles being its most loyal fan. He enjoyed family trips there when William and Harry were boys, and even now he continues to hit the slopes, despite Camilla reportedly not being a fan of winter sports. There are even cable cars there named after Prince Charlie.
A favourite base camp for the numerous HRHs over the years has been the majestic Chalet Eugenia. Owned by Swiss entrepreneur Rolf Theiler and deemed one of the most luxurious properties in the Alps, it sits in private grounds and has its own children’s ski lift! Otherwise, the Windsors have been known to pitch up at the lavish Walserhof Hotel. Other blue-blooded regulars to Klosters include the Crown Prince and Princess of Denmark, and the King and Queen of Sweden. 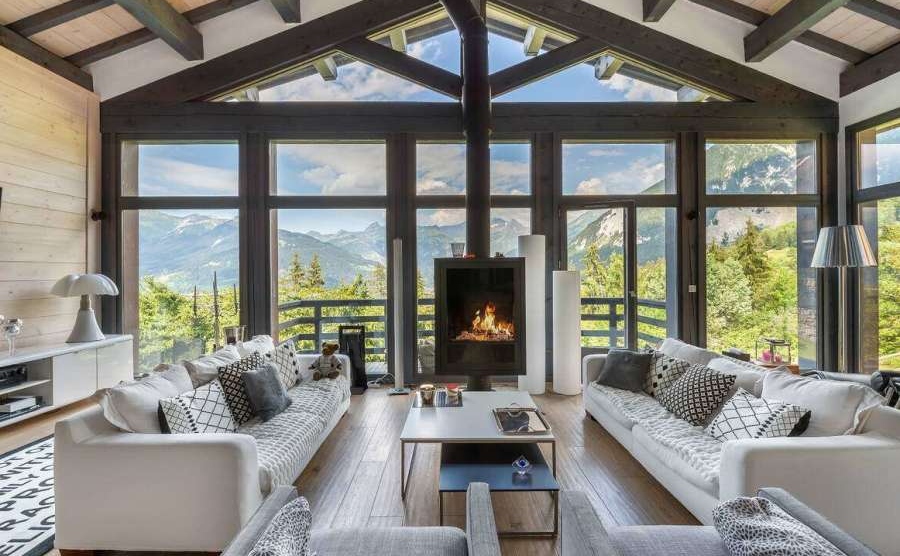 The Duke and Duchess of Cambridge chose Courchevel for their first ever family ski holiday with Prince George and Princess Charlotte in 2016. Before then the so-called Saint-Tropez of the French Alps – one of the Alps’ glitziest resorts, was already firmly on the radar of the international jet set, including Russian billionaires, and A-listers. It’s also a favourite of Saudi royalty and the King of Morocco.
A collection of four satellite villages, top of the pile for both altitude and exclusivity is Courchevel 1850, with its designer boutiques and gourmet restaurants. In fact, Courchevel is a hot spot for fine dining in its own right, with no less than 11 Michelin stars shared between six restaurants. Star of the show is the 3-star Le 1947 at the Cheval Blanc hotel. Of course, the skiing is equally world-class, thanks to Courchevel being part of Les Trois Vallées, one of the world’s greatest ski areas with 600 kilometres of slopes. 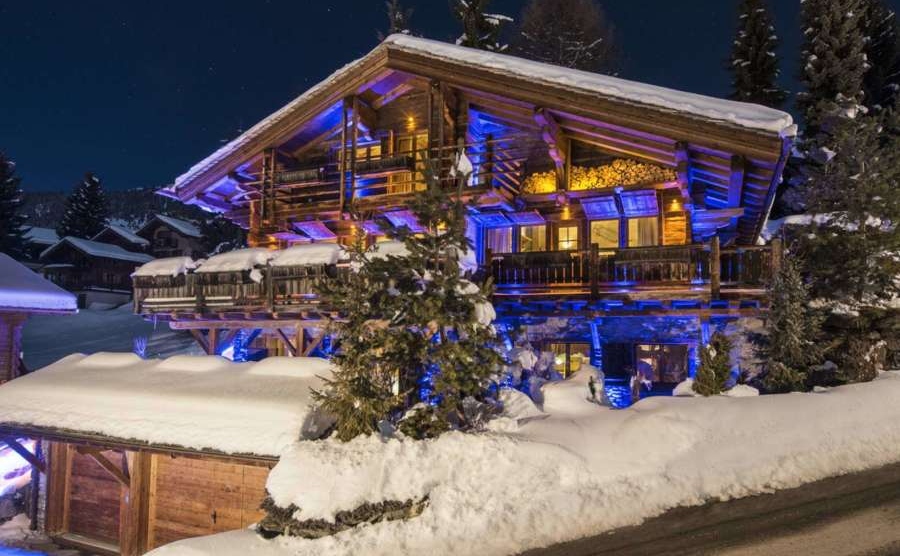 Gateway to the Four Valleys ski area – the largest in Switzerland, Verbier offers some of the most diverse and challenging skiing anywhere in the world. Combine that with its famously colourful après-ski scene and generous spread of huge luxury chalets and it’s easy to see why it appeals to the world’s rich and famous.
The Duke and Duchess of York are big fans of the resort and have owned a chalet there since 2014, although they are reportedly trying to sell. The Duchess even once did a season as a chalet girl. Daughters Princesses Eugenie and Beatrice have grown up to be equally fond of the resort, the former meeting her future husband Jack Brooksbank there in 2010.

Other regal regulars include members of the Belgian, Swedish and Danish royal families, and Prince William has been sighted throwing shapes in one of its lively nightspots.

A standout property there is The Lodge, a lavish five-storey retreat belonging to entrepreneur Richard Branson.

Chic and serene with an excellent snow record, the cosiness of Lech seduced Princess Diana, who was a regular visitor – she took the young Prince William and Prince Harry there for their first ever ski holiday. Lech’s more refined après-ski and easy access to the 340-kilometre Arlberg ski area also gets it the regal seal of approval from the Dutch royal family, who have visited Lech every year since the 1940s. Meanwhile, the Royal Family of Monaco, headed by billionaire Prince Albert, own a chalet in neighbouring Zürs, which is no less exclusive. The King and Queen of Jordan have also been known to hit the slopes there. 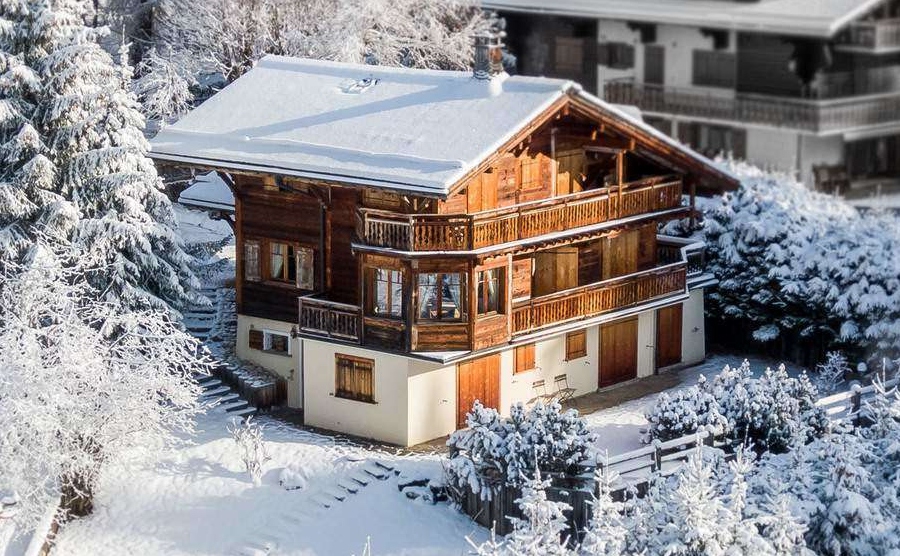 Preferring less conspicuous resorts, the Queen’s granddaughter Zara Tindall and rugby star hubby Mike have been spotted enjoying the slopes in Villars-sur-Ollon, a quieter but equally chic option to Switzerland’s better known royal resorts. Members of the Danish royal family are also regulars on the pistes there.
Last year Zara and Mike were carving up the slopes in Bormio in the Italian Alps – who knows where they’ll turn up next?
Meanwhile, glitzy St Moritz is another perennial favourite with royals, in particular the Earl and Countess of Wessex, who often visit with their family. They’re rarely the only blue-blooded skiers there – northern European royals are fond of the famously exclusive Swiss resort too.

For help finding your ideal ski home, sign up for the first-ever virtual Luxury Ski Show. You’ll be able to chat with leading ski property specialists in real-time. For ticket and date information, click here.