Après-tee?: The best ski and golf resorts in the Alps

by Richard Way | 23rd April 2021
Are you just as happy swinging clubs on a fairway as you are carving down ski slopes? Fortunately, many of the Alps’ finest resorts also have championship standard golf courses, making them especially attractive places to visit outside of the winter season. In a nod to the Masters this month, here are four of the best… 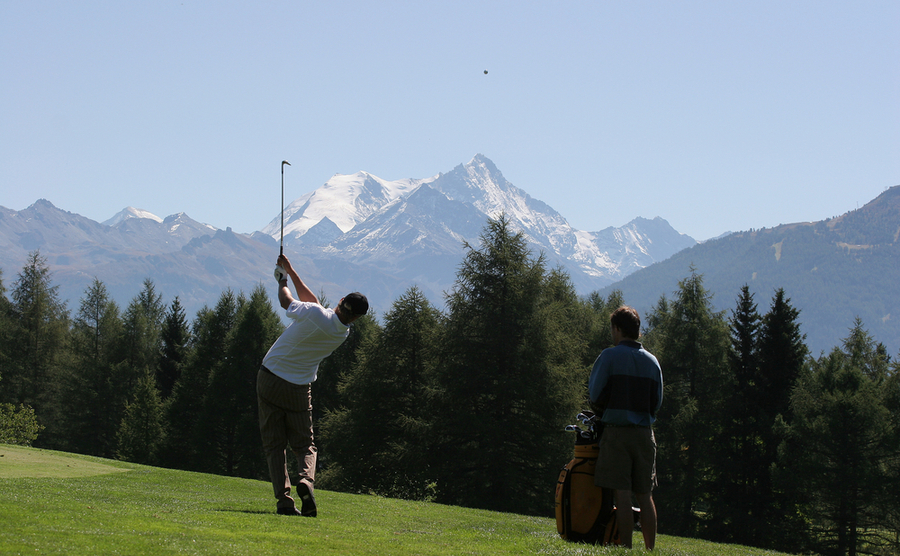 Golf has been enjoyed in Crans-Montana even longer than skiing. The first visitors to this upscale resort in the Valais region came more than 120 years ago to benefit from the healthy mountain lifestyle. This led to its first course being built in 1906, and only some years after that did the first ski lift open.

Today golf remains a focal point of the resort. Its prestigious Crans-sur-Sierre club is home to four courses, the showpiece being the 18-hole Severiano Ballesteros, annual host of the famous OMEGA European Masters. The other three are 9-holes, including a Jack Nicklaus course. Naturally, there is a smart clubhouse, academy and indoor centre that’s open all year. Boasting views of both Mont Blanc and the Matterhorn, many experienced golfers regard the fairways in Crans Montana as the most scenic in the Alps, and up there with the world’s finest.

During the winter season, skiers in Crans have access to 140 kilometres of pistes, plus glacier skiing at Plaine Morte. Recently Crans has become a centre for freestyle skiers and snowboarders – it’s home to one of the largest snowparks in the Alps. The town itself is made up of two communities separated by a lake – Montana and the more upmarket Crans-Sur-Sierre. Boutique shopping and more than 80 restaurants are complemented by a selection of Spas and a natural ice-rink. 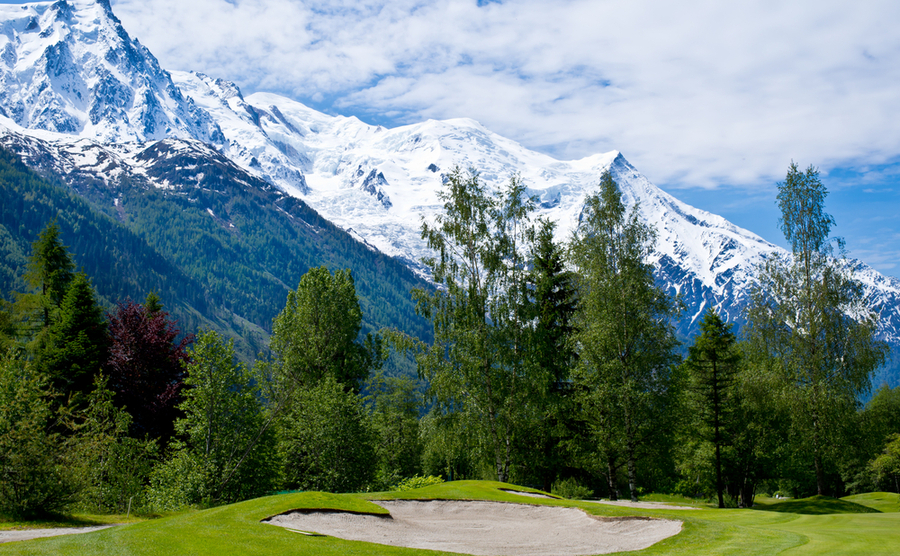 The fairways of Chamonix’s famous golf course wind along the bottom of Chamonix Valley, in full view of the iconic peaks of Mont-Blanc, the Aiguilles Rouges and Les Drus. The club is in fact located in Les Praz, a pretty village on the northern edge of Chamonix just five minutes from the busy resort centre.

Designed by Robert Trent Jones Senior, the 18-hole championship course has lots of water features and is regarded as one of the finest in the French Alps. The club includes a picturesque log-built clubhouse, with fantastic views from the terrace, a training centre and driving range.

Chamonix, birthplace of the Winter Olympics, is an international hub for winter sports and every type of year-round mountain activity, from climbing to para-gliding. It has four separate ski areas spread out along the valley, incorporating villages like Les Houches, Argentière and Vallorcine. Its skiing, including exhilarating off-piste, includes some of the most challenging slopes in the Alps.

Large enough to have a resident population around 10,000, Chamonix attracts as many visitors in the summer as the winter months, and offers a heady mix of boutique shopping, fine dining, lively night spots and traditional retail outlets. 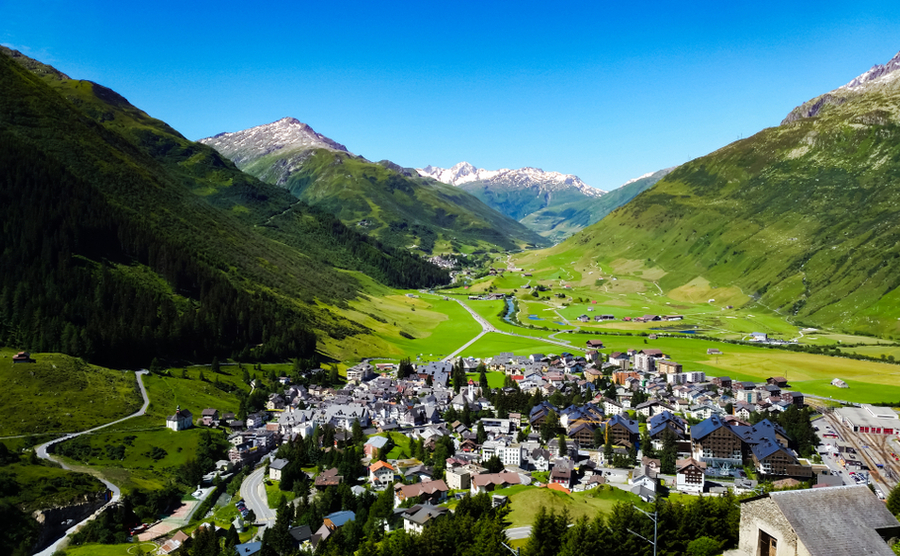 New kid on the block, the 18-hole golf course at Andermatt Swiss Alps has certainly turned heads since its opening in June 2016. Designed by the renowned German golf course architect Kurt Rossknecht and described as being ‘Scottish-flavoured’, it’s already been named Best Golf Course in Switzerland three years running at the World Golf Awards. Built to championship level, what it lacks in history it makes up for in quality of the course, scenery and facilities, which include a clubhouse and academy with driving range.

The golf club is just one part of a €1.6billion project to transform the sleepy village of Andermatt into a trendy upscale mountain destination. Andermatt Swiss Alps sits in the pretty Ursern Valley and is part of the 180-kilometre SkiArena domain, the largest in central Switzerland. Since the project launched in the mid-2000s, ten of the 42 apartment residences planned for the resort have been launched.

To date, the resort’s other completed amenities include two luxury hotels (Chedi and Radisson Blu), two restaurants, a concert hall with much more still to come! As an added bonus for the international market, property in Andermatt is exempt from Switzerland’s Lex Koller rule, which means foreigners can buy and sell without restrictions.

There’s so much going on in Kitzbühel, one of Austria’s oldest and grandest resorts, it’s easy to overlook the fact it’s arguably the country’s best golfing destination. The same resort that hosts the most challenging World Cup downhill race each year and boasts a stunning medieval centre lined with boutiques and lively bars has four golf courses dotted around its outskirts.

Nestled beneath the majestic peaks of the Kitzbühel Alps, the first showpiece is the championship Eichenheim course. Ranked in Austria’s top ten and boasting world-class golf facilities, its clubhouse forms part of the five-star Grand Tirolia Hotel and Spa.

The resort’s second 18-hole course is the Kitzbühel-Schwarzee-Reith Golf Club, ranked equally highly and also a venue professional competitions. The remaining two are the 9-hole Rasmushof Golf Course, situated in the heart of Kitzbühel town centre and in the finish area of the famous Streif downhill race, and the 9-hole golf course in the grounds of Kaps Castle!