Canada’s two most go-to ski destinations are Whistler and Banff and they rank alongside the best in North America. We compare them and highlight a couple of alternatives in the east!

Ninety minutes north of Vancouver in British Columbia’s spectacular Coast Mountains, Whistler is Canada’s leading mountain resort and a true international destination. And with 8,000 acres of skiable terrain, its dual mountain ski area, called Whistler-Blackcomb, is the largest ski area in North America. A paradise of powdery bowls and sweeping tree-lined runs, it played a major part of the Vancouver Winter Olympics in 2010. 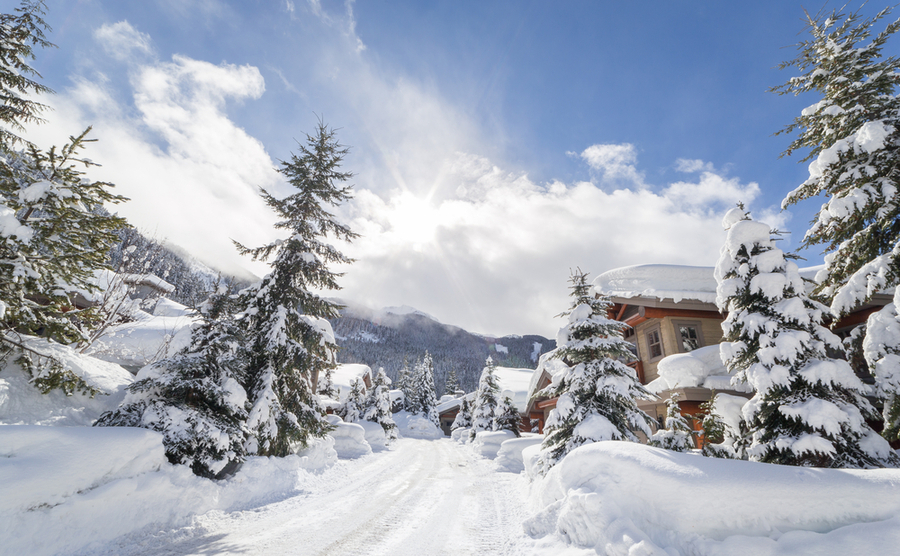 The resort is divided into four main residential areas. Its beating heart is the purpose-built Whistler Village, a vibrant pedestrianised hub of shopping, world-class restaurants and lively entertainment located at the foot of the slopes and with easy access to the lifts. Most of the properties there are condos geared towards the tourist rental market.

Its beating heart is the purpose-built Whistler Village, a vibrant pedestrianised hub of shopping, world-class restaurants and lively entertainment

Between the Village and shores of Alta Lake is Whistler Centre, part of the original village that began life as a fishing resort. Its lakeside location, proximity to the Village and easy access to recreational activities, including golf, make it highly desirable. There is a good range of detached homes and townhouses there, including the luxury Blueberry Hill community.

Whistler South is the original ski village when the ski resort opened in 1966 and is home to the popular Creekside area, with its gondola, rail station low-key amenities and mix of new and old properties, from rustic cabins to new condominiums. It is also home to Kadenwood, Canada’s first and only resort neighbourhood with its own dedicated gondola service.

At the other end of the resort is Whistler North, a leafy green residential area set predominantly around the stunning Green Lake and with golf courses, a secondary school and access to lakes and trails.
Meanwhile, a scenic option less than 30 minutes’ drive from Whistler is the village of Pemberton, located beneath Mount Currie.

As a guide, the average selling price for a single family home in Whistler is $3.275m , $1.4m for a town-home and $879k for a condo, according to recent analysis by local agency The Whistler Real Estate Company. The most exclusive chalets require a budget of $10m-$20m. Buyers should note that land in Canadian resorts, including Whistler, is subject to zoning, which till determine whether a property can be used for short-term tourist rentals or for full-time residency only.

Vying with Whistler to be Canada’s premier winter resort, Banff sits in its own natural wonderland within the Banff National Park and bisected by Bow River. Calgary Airport is an easy two-hour transfer.

Banff is the centre-point for the Ski-Big-3 ski stations of Sunshine Village, Mt Norquay and Lake Louise, which are covered by the same lift pass and linked by a bus service. Total skiing area is 7,748 acres, not far behind Whistler-Blackcomb, although the quality of snow in Banff is rated the best in Canada. 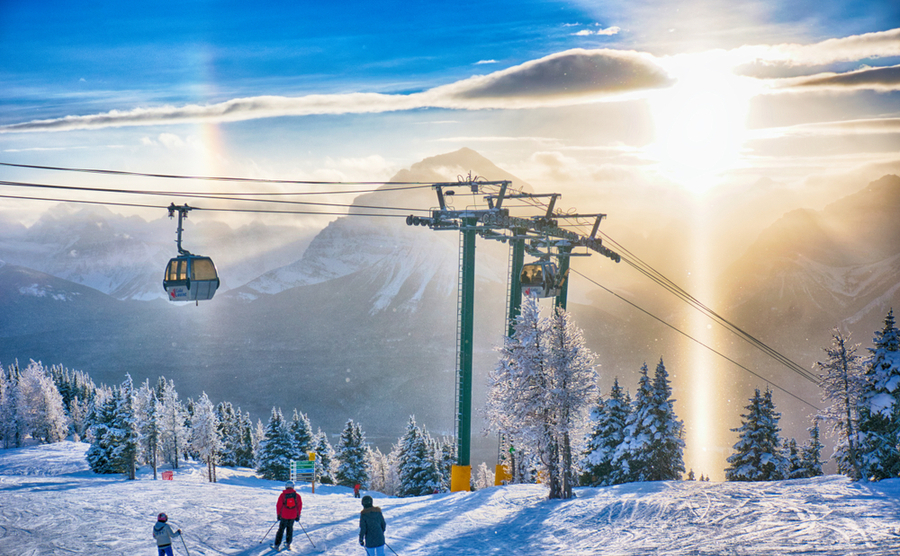 Banff sits in its own natural wonderland within the Banff National Park and bisected by Bow River. (Timothy Yue / Shutterstock.com)

Despite being a bus-ride from the ski stations, Banff is the go-to place in the area to own a property. Officially Canada’s highest town, it has a lively downtown area where the low-rise streets are lined with top-class restaurants, bars, and shops, as well as art galleries and museums. An outdoor activity hub in the summer as much as the winter months, Banff has busy year-round culture scene, notable for its famous Banff Mountain Film and Book Festival.

Typical two-bedroom condos in Banff town start at around $500k, semi-detached town-homes are from circa $1m and detached chalets or traditional log homes are from $1.5m or upwards of $5m for something large and luxurious with river frontage. But don’t get too excited about owning a Banff bolt-hole. Being within the National Park means eligibility for owning property comes with residency conditions – there are solutions around this, but they won’t suit many foreign buyers.

For this reason a popular option just outside the perimeters of Banff National Park, so without these restrictions, and especially suited to year-round living is the town of Canmore, 20 minutes from Banff and around 75 minutes from Calgary. A quintessential laid-back Rockies town, Canmore is a base for the enjoying the Ski-Big-3 ski area, but it also has its own Nordic Centre featuring a variety of cross-country ski tracks that were used in the 1988 Winter Olympics.

The town, which also offers skating, kayaking and ice-fishing, is equally appealing in the warmer months, with all types of mountain activities on offer, from mountain-biking and hiking trails to championship golf. The town combines a down-to-earth rustic edge with a lively dining and night life scene.

In terms of property, townhouses and condos, which are popular with second homeowners, start at around $600,000 for a three-bedroom without a garage and $700,000 with a garage. Budget from $1m for a luxury chalet in one of the communities around the town, or for something special the master-planned Silvertip golf community has stunning detached homes from circa $2.5m.

Two in the East

Fashionable spots for mountain homes in eastern Canada in Mont-Tremblant and the Blue Mountains. The skiing there can’t compete with Canada’s larger mountain resorts, but their appeal is as much in their lakeside location and year-round outdoors lifestyle as the winter sports offering. Mont-Tremblant is overlooks the shores of Lake Tremblant, just north of Montreal, while the Blue Mountain Resort is two hours north of Toronto, perched above Lake Huron.