Forget Europe’s internationally acclaimed ski destinations for a minute, while you consider these two lesser know options. We compare what your options are in Andorra and Germany’s leading resort.

Straddling the Pyrenean border between France and Spain’s Catalonia region, much of Andorra’s mountainous 180 square miles becomes a snowy playground in the winter months.

Besides its quality skiing and mountain lifestyle, the ancient principality’s other appeal is its low taxation. Families often choose it over Europe’s more famous tax-haven, Monaco, thanks to Andorra’s more outdoorsy lifestyle, cheaper property and child-friendly way of life. Residency permits are available to qualifying foreigners and their families, which typically require investment in property or financial entities.

Many buyers in Andorra opt not to be in the centre of a ski resort, preferring to be located outside for better all-round access within the principality. 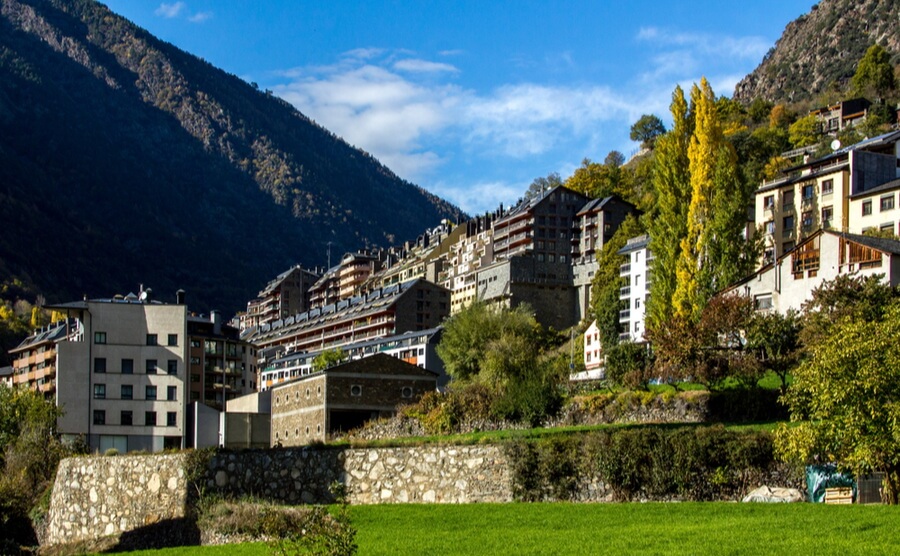 “The areas most in demand include Canillo and La Massana for their proximity to the ski slopes and good connections to the town centre [Andorra la Vella] and to the French border,” stated Engel & Völkers Andorra recently. According to the agent’s recent report, three-bed apartments of around 100 square metres in the centre of Andorra are available for €500,000, while approximately €1,000,000 will buy a house on the outskirts that might need some refurbishment. Or for a modern designer house, such as that pictured, budget circa €2-2.5 million. To be next to the slopes, Engel & Völkers has a traditional style three-bed in apartment in El Tartar available for €490,000.

La Massana is less than 10 minutes from Andorra la Vella, but an even closer area equally popular with foreign owners is Les Escaldes, situated on the edge of the main town. There’s new-build activity there, both apartments and villas, a trend seen in other hot spots in the principality. Notable developments include the Isard Home in Canillo, popular for its location and proximity to the ski slopes, the White Angel in Andorra la Vella, a hotel-style development of luxury apartments with concierge and home service facilities, and the Lloserfor development located in the picturesque village of Ordino.

“Buyers regard Andorra as a safe and healthy location, the Principality’s fiscal status continues to be a big draw for investors and high rental yields for property, particularly in peak season, are also attractive factors,” says Thomas Kampfraat, Managing Director, Engel & Völkers Andorra. “Despite everything that has happened this year, our sales to date have increased over 2019 indicating that the demand for Andorra is still strong and we expect this trend to continue through winter.”

German ski resorts can’t match heavyweight Alpine destinations for sheer kilometres of quality skiing, but their authentic charm, year-round appeal, attractive location and value for money are perfect for certain types of homeowners. The tinkle of cowbells and traditional farming festivals are nothing unusual there!

The bulk of the country’s ski resorts are in Bavaria, dotted along its mountainous southern border with Austria – hence, some German resorts are linked with Austrian ones. The largest and most prominent ski destination is Garmisch-Partenkirchen, a sizeable year-round town an hour-and-a-half from Munich. It sits underneath Germany’s highest peak Zugspitze, home to a glacier with a small ski area. The resort’s principal ski station is Garmisch Classic, located on north-facing slopes on the southern edge of town and a regular host of Alpine World Cup events. Both ski stations are connected to the main town by train, cable cars and funicular. There is also an entire mountain dedicated to winter walking, snowshoeing and tobogganing. 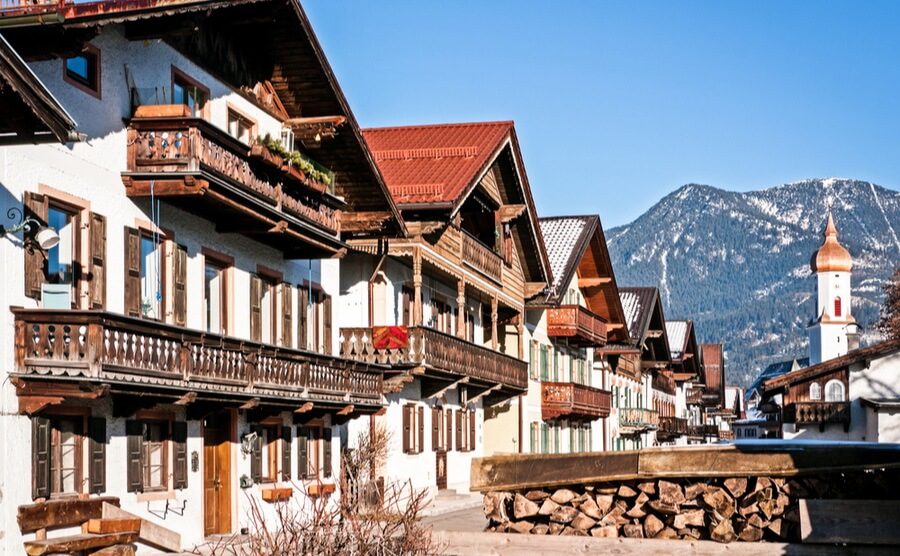 But Garmisch Partenkirchen, with its traditional Bavarian architecture, is much more than a winter sports hub. Classed as a premium-class health resort, it’s equally popular as a wellness destination and is home to several Spa facilities. Meanwhile, the summer months draw hikers, mountaineers, cyclists, golfers and watersport enthusiasts. It’s also a cultural hub, with its own Congress Centre and luxury venue at Schloss Elmau used for musical and arts events throughout the year. Leisure, shopping and eating out amenities surpass most towns of a similar size – it is said to have 100 restaurants and 30 bars.

“Garmisch Partenkirchen is equally as popular as a wellness destination”

Buyers whose ideal mountain property has an authentic edge and delivers not just skiing but year-round activities, Spa treatments and cultural events in equal measure should feel right at home in Garmisch-Partenkirchen. And being an easy transfer from Munich airport should make weekends trips there nice and easy.

Alternative: Oberstdorf in Bavaria’s Allgäu Alps is an equally appealing year-round destination, with oodles of authentic charm. The resort, the most southerly community in Germany, is especially popular for cross-country skiing, thanks to its 100 kilometres of trails, as well as jumping – it boasts one of the biggest jumps in Germany and hosts the famous Four Hills Ski Jumping World Cup event. And with three covered rinks, it is also a world-class centre for ice-skating.